My laboratory utilizes the vertebrate olfactory both to understand the specific ways in which our sense of smell works system, and as a model for understanding a variety of fundamental neural processes. The olfactory sensory neurons which reside in a thin epithelium at the dorsal portion of the nasal cavity express a family of receptors which were first cloned here at Columbia in the laboratory of Richard Axel. These receptors are the largest family of G-protein coupled receptors (GPCRs), proteins that are also important in many signaling pathways involving dopamine, serotonin, adrenalin, glutamate and many other transmitters and hormones. They are the target of some 50% of drugs on the market today. We believe that by investigating the properties of the large family of odor receptors (between 500 and 2000 different receptors depending on the species) we can learn the general principles of receptor-ligand interactions in this important family of receptors. We see this as a kind of pharmacology of olfaction.

We are also investigating the mechanisms this large family of receptors uses to detect and discriminate between a vast number of small organic molecules, commonly known as odors. A combinatorial mechanism is at work, as even with thousands of receptors it would require more than one receptor per odor to recognize the many millions of odor molecules. Of recent interest, my lab, and others, have come to recognize the importance of antagonism as well as activation of receptors by odor molecules. Since most fragrances we smell are a blend of tens to hundreds of molecules the complements of these blends could either activate sets of receptors or block other receptors – or both. This complicates a simple combinatorial code and opens up fundamental questions about how the brain perceives these patterns of receptor activity. We believe that olfactory perception uses different mechanisms than the topographical mapping seen in vision and audition and therefore presents us with alternative models for signal coding in the brain.

In sum, my laboratory is dedicated to answering that fundamental human question: How do I smell? 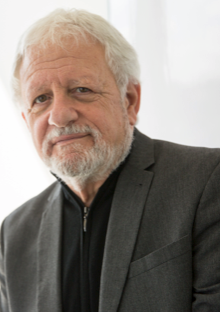